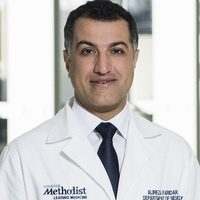 Recent findings, including the discovery of risk genes involved in inflammation signaling, indicate that inflammation is critical for the onset and progression of Alzheimer's Disease. Regulatory T cells (Tregs) play an important neuroprotective role in suppressing microglia/macrophage-mediated inflammation, as well as modulating adaptive immune reactions. A progressive compromise in the immunomeulatory function of Tregs occurs through the course of Alzheimer's disease. Recovering the immunosuppressive capacity of Tregs may serve as a potential immunotherapy to treat Alzheimer's pathology.

This event will be held in the Ernest H. Cockrell Boardroom (R211-311) & Online via MS Teams. In-person attendance is limited.

Login to interact with events, personalize your calendar, and get recommendations.